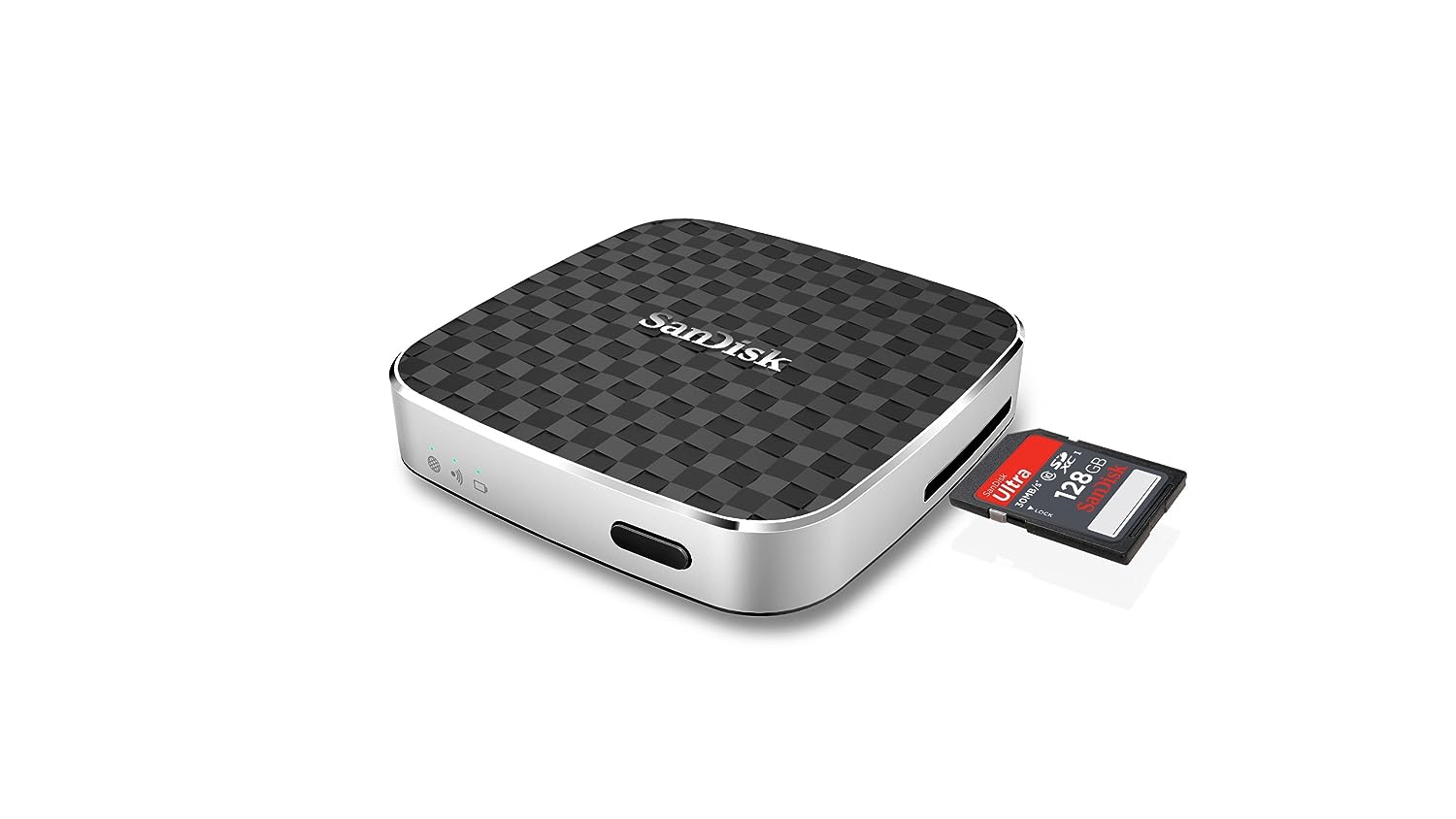 I picked up one of these devices about four years ago, the 64GB model. It’s a flash drive (with an SD slot that enables greater capacity) that sets up a short-range ad hoc Wi-Fi network wherever it is. Devices who connect to it can stream anything loaded onto it. This one seems to have been discontinued or deprecated, so I’m putting this page up to explain it a little to people who may find one in a clearance bin or at a yard sale.

It comes in really handy on family trips — I load it up with recent films, TV episodes, and other videos for all the family to stream on their trips. (We may switch to a higher-quota data plan in the next few years that would reduce the need for such a device but for now, I like this thing.)

The bad thing about it is that if you’re on an iOS device, you can only access it via the SanDisk Media Drive app. If you visit its web address in Safari on a device that has an app available, it will bring up a web interface but put a panel over it that directs you to the App Store.

The SanDisk Connect Wireless Media Drive app is still available on the App Store and works fine with iOS 11, but it hasn’t been updated in several years. It uses an embedded VLC engine to play files, which means it can play formats that the iPhone’s QuickTime engine can’t. But that engine hasn’t been updated in several years either, which means it can’t handle some files that have recently gained in popularity, most significantly h265, the higher-res successor to h264.

There are two solutions that I am aware of:

It’s Playing (free, $9.99 one-time upgrade fee) can reportedly browse SanDisk wireless drives and stream files from them with the Pro upgrade. Its last update was September of last year which added h265 compatibility.

VLC (free) can play h265 files (have tested and can confirm on last year’s 9.7″ iPad Pro). The SanDisk media app will choke on them claiming a VLC error — this is because it’s using an older version of VLC that can’t open these files. At this point I think you have to install a newer VLC app and the files have to be loaded into that VLC, first. You can accomplish this from the SanDisk Connect app by:

Interested researchers have discovered a “wide open” ftp server, and VLC can stream from ftp servers, so there may be a shorter workflow for this, or one that doesn’t require loading the files to the iPhone/iPad’s local storage. I’ll try that… um… real soon.